The B and C walks on Sunday last, 26 August, were foggy in some spots, but the walkers rose above that and found some splendid views.

Here are some views from Sgilloge Lochs, the destination for the C walk led by Helen Culloo. These were taken by David Haworth. 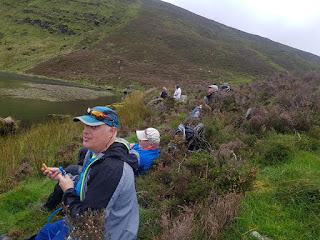 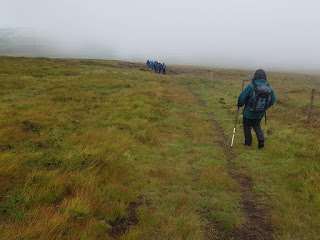 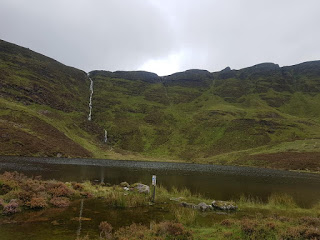 And here are some equally lovely views of a Comeragh B walk led by Michael Hanrahan. These were taken by Michael Daly. 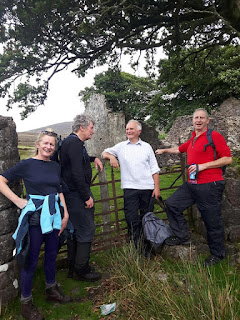 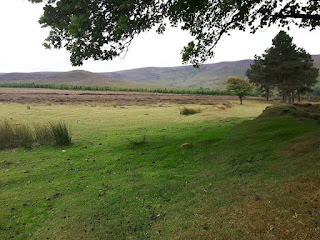 Posted by Dungarvan Hillwalking Club at 17:54 No comments:

Our Sunday B walk on Sunday 19 August was led by Pat Moloney, who took the walkers on a craggy walk up the Comeraghs. Here are some spectacular views of these adventurous walkers, taken by Michael Daly. 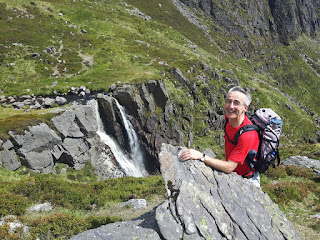 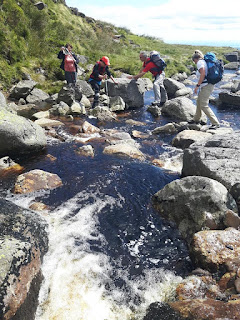 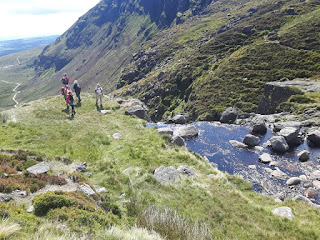 A WEek's Worth of Walking

Lots of pictures were taken on this week's walks. First up, on Sunday 12 August, we had Tom WAlsh's C walk on Mount Melleray and Dave Haworth was busy with his camera. 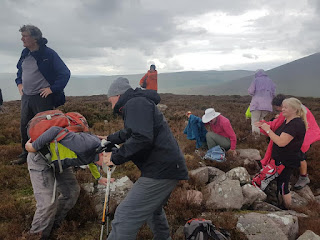 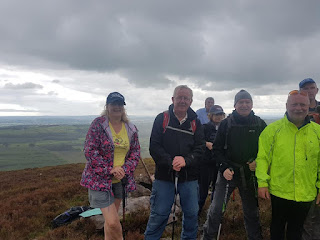 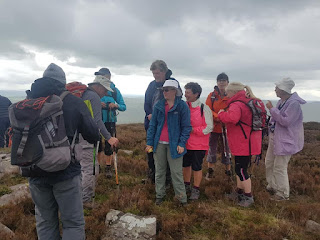 And here's a selection from Derbhile Graham, taken on the Thursday C walk on 16 August in Woodstown .This walk was led by Neil Fitzgerald. 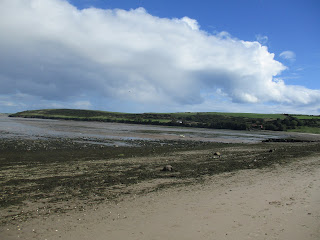 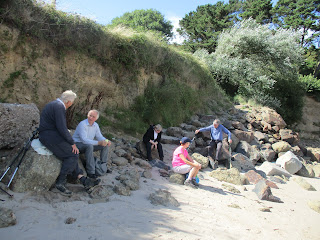 Posted by Dungarvan Hillwalking Club at 17:40 No comments:

On Sunday 5 August, Sean Rush led a walk in the Comeraghs which included a dip in Crotty's Lake. A few members were happy to embrace the cold, and the temperature of the lake was actually warmer than it looked. These pics from Pat Murray give a flavour of the beautiful scenery on offer - both mountains and humans! 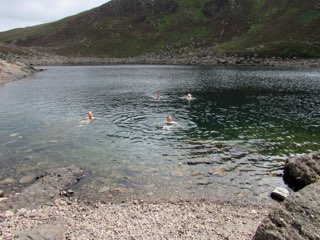 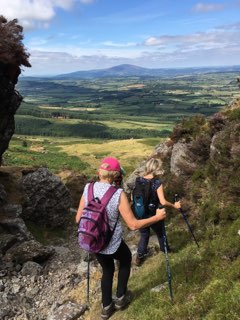 Posted by Dungarvan Hillwalking Club at 17:25 No comments:

On Sunday 29 July, the B and C walkers joined forces for a walk to the White Standing Stone, led by Valentine Kenneally. David Haworth took some pics of the walk. 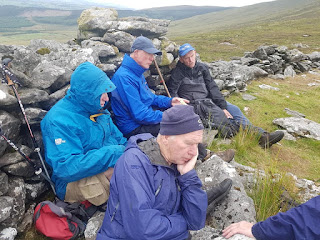 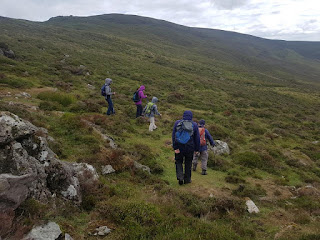 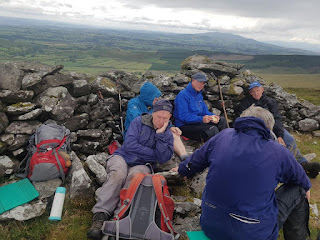 Posted by Dungarvan Hillwalking Club at 16:53 No comments:


A big thank you to everyone who helped to make the Comeragh Crossing such a great success. Over 180 people were out on the hill and all returned safely. We are unique in the walking calendar and are the only club nationwide to offer four walks on the same day, and our hospitality is second to none. Well done to all club and non-club members for a job well done. We were delighted to receive some very positive feedback from the walkers who took part. €1,800 was given from the proceeds to charity. Our three chosen charities, Dungarvan Lions Club, South-East Mountain Rescue and West Waterford Hospice, received €600 each.


A whopping 359 people took part in this year’s Cunnigar Crossing on Sunday 18 July, despite it being the only drizzly day in many, many weeks. In a first for the club, a drone was used to gather footage of the walk. The drone was supplied by Louis Ryan. A highly impressive €1,960.89 was raised for Dungarvan Lions Club, West Waterford Hospice and South East Mountain Rescue. Again, the money will be split three ways. Also, well done to Ann Mangan, who served over 350 teas and coffees almost single-handed, and even did a stint behind the bar at Tig an Cheoil afterwards.


The day after the Comeragh Crossing, eight walkers braved the heat for a walk around Fenor’s lakes and woods with Elizabeth Twohig. We walked to the top of a small but steep hill, where we feasted on magnificent views that stretched from Helvick to Wexford. We walked through the woods and exchanged royal gossip while enjoying a water break on a log. After a brief stop at the lake, we walked on a second loop which took us through shrubby woods. The walk took two hours in total.


On 22 July, the hillwalking club once again ventured east for a walk around Brownstown Head, which overlooks Tramore Bay. The 14 walkers set out from the Saleens carpark and made their way along the beach. The tide was too high to access Brownstown Head from the rocks, but the farmer who owns the land around Brownstown Head kindly let us use a gate into his fields. There was a lot of fence climbing, but the walkers proved just as adept at limbo dancing as they are at walking. The walk took just under three hours and the sun blazed all the way.


Congratulations to club member Goska Korewo, who made it to the top of Mount Kilimanjaro this month. We’re proud to have such an accomplished club member in our ranks.

Posted by Dungarvan Hillwalking Club at 19:56 No comments: