A Variety of Walks

Well, strictly speaking, we're talking about two walks, but the terrain was very varied. The first walk was a Comeragh mountain walk in the Nire Valley with Ann Mangan. It was a Sunday C walk that took place on 20 January, on a bleak, foggy landscape. Dave Haworth took these two pics that capture the mood of the walk. 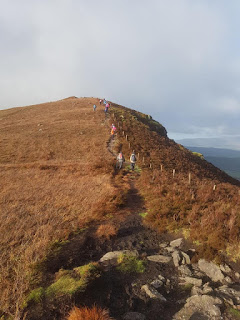 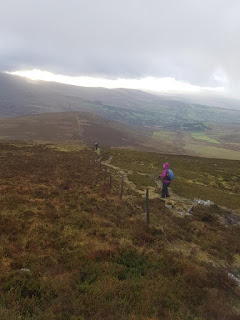 And then the Thursday C walk on 24 January was in Glenshelane Woods, though again, the weather was a bit on the misty side. Eibhlin Power was the photo taker on the day. 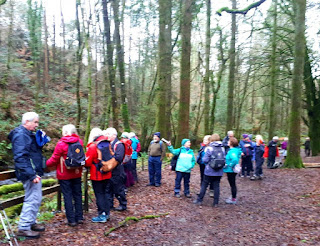 Last Thursday, 17 January, the Thursday B walkers headed for the Seven Sisters. They only found five of them due to lack of rain. These two pictures are courtesy of Ann Mangan. If you want to join the Thursday B walkers, their walk leaves from the Park Hotel at 12pm during the winter months. 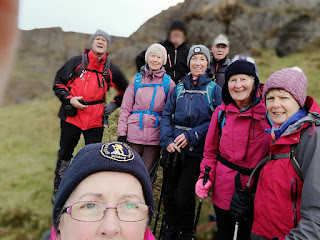 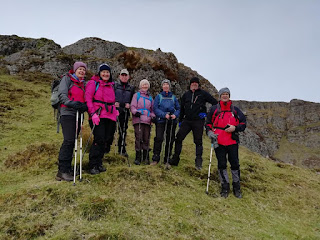 Posted by Dungarvan Hillwalking Club at 17:31 No comments:

The club weekend away in 2019 will be to Sligo on the weekend of 17 and 18 May. We will be staying in the Sligo Southern Hotel and the price will be €140 for two nights' B&B plus dinner. If you want to stay an extra night, the cost will be €45. If you're interested in booking or want further information, drop an email to dungarvanhillwalking@gmail.com and we'll give you the details. It will be a new experience for many of us to head to the North-Weset and we hope to see as many of you as possible.
Posted by Dungarvan Hillwalking Club at 18:52 No comments:

We're giving you three of the best from our first week's walking in 2019.

The Sunday C walk on 6 January was a foggy affair, in the Comeragh with Mary O'Shea. David Haworth captured the moody, misty vibe. 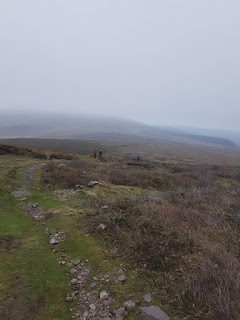 The Sunday B walkers had much clearer weather on Lachtnafranee, with Michael Daly. Onra Power took this quirky pic and captioned it: Anybody Home? 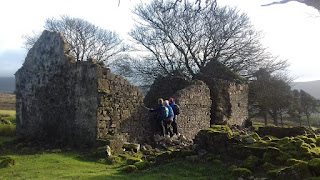 And Michael Daly was the photographer on the Thursday B walk on 10 January, led by Peter Mangan. 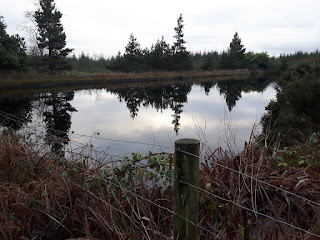 Posted by Dungarvan Hillwalking Club at 19:52 No comments:


Weekend Away and Holiday Update


The club has decided on its destinations for its holiday abroad and for its weekend away in Ireland. The holiday is to Croatia and it lasts for a week from 4 October 2019. The cost of the holiday is €900, with a single supplement of €199. Deposits of €200 are being taken as we speak and bookings close on 11 January. The weekend away is to Sligo on 11-12 May, and we will be staying at the Sligo Southern Hotel. The cost of the weekend will be €140 for two nights’ B&B and an evening meal, and an extra night costs €45. Payments are to be in by the beginning of March.


Despite dodgy weather, the Mulled Wine and Mince Pie walk on Sunday 16 December was well attended, and the bucket collection raised €254. This money will be distributed to our three charities, West Waterford Hospice, South East Mountain Rescue and Dungarvan Lions Club. Thanks to Peter Mangan for leading the walk, Erich Baumann for the mulled wine, Ronagh Baumannn for the mince pies, and to all members who brought treats. Rumour has it that the brown bread went down a treat.


As is now traditional, the weather was shocking for the Thursday Walk Lunch and Walk, but this did not dampen the spirits of anyone who attended. An epic crowd of 38 people turned up for the lunch, though it should be noted that a mere four brave souls ventured to the Cunnigar for the post-lunch walk. The rest of the crowd feasted lavishly on the Eurocuisine Christmas menu. We pulled crackers and enjoyed lots of quality banter. Thanks to Reenie and Geoff for organising the lunch and to Eurocuisine for their efficient service and delicious food.


Five souls ventured east for a forest walk in Portlaw, led by Norman Graham, where we followed a well-marked forest trail. Due to the damp weather and the early sunset, Norman cut the walk short, and this meant we were safely back before dark. Still, we were able to climb to the cross, which gave us delightful views even though it was misty. The walk took us a little over two hours, so it didn’t make too much of a hole in our pre-Christmas schedule.


If you have any news you’d like the club to hear about, please contact PRO Derbhile Graham, derbhile.graham@gmail.com.

Posted by Dungarvan Hillwalking Club at 14:39 No comments: